Back to New roles 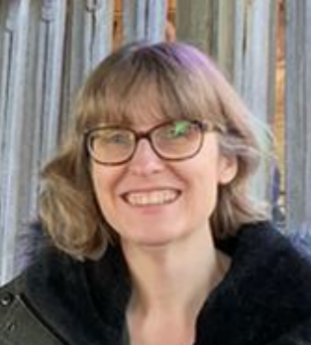 Where do you work and what is your job title?

My name is Joanne Yeomans and I am a Senior Neighbourhood Care Coordinator in South West Lincolnshire.

What does your role entail?

There is no typical day to my role due to the variety of tasks and concerns being raised daily about people in need from across the system. My role involves having direct contact with those nominated to the neighbourhood team, coordinating care, liaising with other agencies and making onward referrals.

I help to support people with completing Personalised Care & Support Plans and identifying goals and options for achieving those.

I also carry out a range of administrative tasks such as arranging and chairing meetings, taking minutes and handling nominations received. I regularly attend partner organisation meetings on behalf of the Neighbourhood Team.

What does a typical day involve for you?

So hard to answer as every day is always so different. One day I may have back-to-back online Teams meetings, telephone calls and email queries to manage. Other days I will be on home visits supporting people with Personalised Care & Support Plans or initial conversations to identify what matters to the person.

For me, the person is always at the centre of their care and I am thinking, “what does the person want to achieve?” They don’t necessarily have to have the Personalised Care & Support Plan as it doesn’t work for everyone. The initial conversation you have with someone is sometimes all they need to move forward. It might just be about having a point of contact or having one service involved.

Just getting across the threshold is sometimes the main hurdle for us, so we need to make regular phone calls to build rapport and to give them the options of what is available as that may be the best thing to do at that time.

A typical day is always busy. Connecting services, responding to concerns or queries and having joined up conversations with system colleagues. This helps to prevent duplication and source timely support exploring any barriers to accessing services e.g. not meeting organisational criteria.

We are in part a ‘mediation role’, where each service has their own priorities, policies and procedures. If you consider many organisations have long waiting lists we may need to look at short and long term solutions to people accessing support.

How do people respond to an initial conversation?

When I am on the phone I am often asking personal questions, so if the person is willing to share information it is really positive. Face to face often helps people to be more open but for some, phone calls offer a sense of anonymity making it easier to talk. The person needs to lead and talk about what they want to talk about first. The Personalised Care & Support Plan is flexible and must be based on the individual’s need.

How does it feel for you when you are having an initial conversation?

There is a lot of liaising with other services and bringing in the right people. Every day is a school day where I learn something new every day. Every person is unique. The same diagnosis does not mean the same wishes, goals or situations. We shouldn’t pre-judge what to expect. What works for one doesn’t necessarily work for another.

What is the best part of your role?

Biggest learning point has been the volume of people needing support in the community. With covid there has been in influx of nominations and a variation in the needs identified particularly regarding carer support and those who have been isolated as a result of the pandemic. The work with third and voluntary sector has increased significantly.

What’s the biggest challenge in your role?

Time. There are not enough hours in the day/week and trying to get everything done. Due to the pressures in health and care we sometimes have to look at alternative solutions. Having an initial conversation can help to fully understand the person’s needs and what is important to them. For example if people are waiting for mental health support what can be done in the meantime to reduce anxiety and alleviate their financial situation which is probably impacting on their mental health.

What difference do you think you’re making?

People can often find the person centred approach with the personalised care and support plan is different to their previous experience and describe benefiting from the wider range of resources offered to them. This is offered to people nominated to the neighbourhood team and those supporting them in an informal caring role.

As an educated and active gentleman, Frank loved to spend his early retirement in the library or walking down by the river and getting some fresh air. Although in his early 60’s, life has got very difficult for Frank over the 6 months as he has lost the confidence to go out due to his poor health and he would need support.

The Care Co-ordinator was asked to go out and review what she thought was a Personalised Care & Support Plan however instead the plan focused on diagnosis and medication care needs, which is important to know how best to support the person but didn’t include what else was important to Frank or what his goals were.

The Care Co-ordinator talked to Frank about the risk of carer breakdown for his wife, Betty who was getting older and frailer herself. There were also financial implications of having a care package and issues around funding. Together they looked at how important Frank and Betty’s wider psychological wellbeing was and what would help. It soon became clear that Frank’s goal was to get outdoors and down by the river like he used to. This felt like a great goal but they knew Frank would need a lot of support to do that.

Firstly, the Care Co-ordinator made a referral to Carers First, but it didn’t end there. They continued to have conversations with other family members with Frank’s consent so they could understand everyone‘s needs and views on the situation.

Linking with Carers First was so important to avoid duplication and to find things out together. The Social Worker was involved and found out what funding was available for health and care funding. They contacted voluntary organisations and Social Prescribing for support on top of the care package that was in place. A face to face visit was arranged to keep the family involved and a third visit will be used to complete Frank’s Personalised Care & Support Plan.

The GP practice was kept informed as what they thought the situation was, was actually very different. It was agreed that the GP practice may not need to do anything differently but there was a much bigger picture they needed to understand which will inform their conversations with Frank and Betty in the future.

The Care Co-ordinator’s key role was to help Frank’s voice be heard and to reduce frustration and concerns as it was clear they would not necessarily be able to fund the care he needed. The Care Co-ordinator was also an important part of explaining to Frank about what was happening as he was getting confused with all the abbreviations and jargon and he didn’t understand the process.

By working together, solutions are being found to support Frank to stay at home and live his best life. The focus has been on what Frank could do rather than what he couldn’t.

The Care Co-ordinator said “I am hopeful that a long-term solution can be found for Frank and Betty so they can live their best life together.”

The tools we will use

Working together as teams

People supporting themselves and others 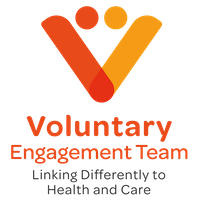 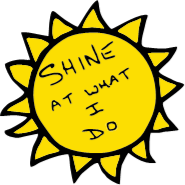 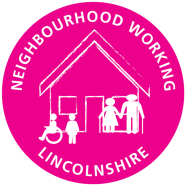